Don’t miss out on those sales in front of you!

I'm always amazed how sales reps lose sales that are in front of them. Let me share a story how an amazing Toyota sales rep sold me a car two years ago.

On December 2015, for the first time in my life, I leased a new car. I wanted to try out leasing a vehicle instead of outright purchasing it. 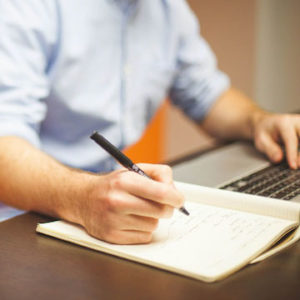 My requirements for a new car in order of importance were very simple and straightforward:

Brand was not a factor in my decision, I figured with a 24 month maintenance plan and warranty built-in anything that happens could happen with any brand. I began by emailing five local car dealerships with my requirements requesting they contact me immediately as I wanted to secure the lease before the end of December.

Guess how many dealerships contacted me within 48 hours: TWO

I first test drove a Toyota RAV4 that same day I was contacted by the Toyota sales rep. When I arrived for the test drive three hours later, the car was ready to go, clean, washed and the sales rep met me at the front door of the dealership and asked me questions about my requirements and needs.

Then we proceeded together with a 20 minute test drive. The sales rep focused all the way about any questions I had regarding the car and the lease while reinforcing some of the features and benefits of the RAV4. When we concluded the test drive, the Toyota sales rep asked how I liked the car, if I had any further questions, and if I was ready to sign a lease. I told him I have another test drive scheduled for the next day and I will get back to him after my test drive. He wasn't satisfied with the answer I gave and proceeded to politely ask me when tomorrow's test drive was scheduled for. To his credit, he promptly called me the next day approximately one hour after my scheduled test drive!

I guess he forgot to write down that he had already arranged the test drive for me the previous day! 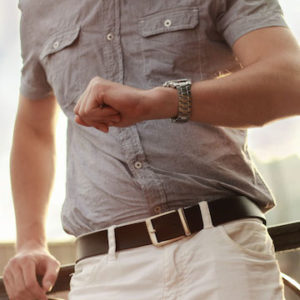 After the test drives, I had concluded that even though the RAV4 was a bit more expensive and slightly above the $300 per month threshold, both cars met my needs and either car would be a good choice for me to drive around for the next 24 months.

I now was at the point of selecting which car to lease. If you haven’t guessed already, I leased a Toyota RAV4.

My purchasing decision was based on the actions of the Toyota sales rep. He had done all the right things that mattered to me:

Upon reflection, the product features and benefits were practically the same for both cars but the differentiating factor was the actions taken by the Toyota sales rep and the team that supported him.

It's not just relationships or price that sells products. Sales reps, the professionalism they demonstrate, the fundamental selling skills that are employed during the sales cycle, the support team, and having the sense of urgency to sell are part of the value proposition which can outweigh any price discussions.

Perhaps, what made the Toyota sales rep that sold me that RAV4 amazing was reflected in his ability to initially establish an easy rapport with me, ask questions and identify my interests, pain points, needs and decision making criteria, presenting the product in a way I could easily comprehend, handle objections and possess a sense of urgency to close and follow up. And yes, being able to do all of the above ranks one as an amazing sales rep!

To no one's surprise, I have been a very happy Toyota RAV4 customer ever since. Now my only concern now is how I will be treated at the Toyota dealership when I want to obtain a new lease at the conclusion of my current lease in December 2017. Stay tuned!